Chapter I:  A Very Interesting Ad

Jake turned on the television. He looked and looked and looked but he could not find the racecar channel. Finally, he found it. It was showing an ad about a space academy. Jake had never seen this ad. It was a very funny ad showing all of the planets in the solar system. He was so excited to tell his mom when the ad was over, he turned off the television and went downstairs to tell his mom. Jake said, â€ Mom, I saw this ad on television. It was a space academy ad and it was very interesting. Can I go there?â€

Then, Jake went back upstairs to his room. In his room, he thought,Â  â€œIf I get to go to this space academy, I can maybe become an astronaut.â€ As he thought what the space academy might be like, his mom was making a list.Â

When Jakeâ€™s mom finished the list, she went upstairs to Jakeâ€™s dad and she said, â€œI have something to show you.â€

So Jakeâ€™s mom went downstairs. Then Jakeâ€™s mom came back upstairs with her computer. And she said, â€Ok, go to the website. I sent it to you.â€œ

Meanwhile, Jake was just outside the door with his ear to the door listening to every word. â€œWhoa,â€ Jake thought. â€œThey are arguing, they are so loud.â€ Inside the door, Jakeâ€™s mom and dad were still arguing.Â

After about an hour they finally stopped arguing. Jakeâ€™s dad said, â€œFine, it looks good enough.â€

Jakeâ€™s mom walked out of the room and said to Jake, â€œYou are going to go to the space academy if we can get you a spot. You might start next week.â€ She rubbed his head and walked away.

That night, Jake could not sleep, he was so excited that he had a chance at space academy next week. He made a list of what he would want for his space studies if he went.

Chapter III Getting A Spot For The Space Academy

The next day, Jake said, â€œTo the office, time to put me on the waitlist.â€

Jakeâ€™s mom and dad both smiled. They got to the office and saw the waitlist.

â€œWow!â€ said Jakeâ€™s dad. â€œThere is one more spot on the waitlist. Quick, get the spot.â€

Jakeâ€™s dad got it right before the other dad. On the other screen, the other child saw that a guy named Jake got the spot, and the child got very mad. The child said, â€œAhhhh, I will get whoever this Jake is!â€

Hooray, Will, there be computers? I want my one,â€ said Jake.Â

â€œWell,â€ said Jakeâ€™s mom â€œTime to go shopping.â€As they got ready to go shopping, Jake made his list bigger. They went outside to their car, Jakeâ€™s mom hated driving so she got a tesla. Jakeâ€™s dad also did not like driving because he was a truck driver and he did not want to drive because he already drives too much. You see he never liked driving but that is a different story. So anyway, when they got into the Tesla Jake kept asking questions like â€œwill I make friends?â€ or â€œwill the kids play mean tricks on me?â€She did not know so all she said was, â€œHopefully.â€ or â€œHopefully not.â€ When they got to the store it was almost empty. â€œWow!â€ said Jakeâ€™s mom â€œthis sure is an empty store.â€ â€œTo the space section!â€ said Jake as he pretended he was an astronaut leaping on the moon. His parents followed him smiling. When they got to the space section, everyone gasped. â€œWow,â€ said Jake, â€œthis is surprising.â€All of the shelves were empty.  â€œWell,â€ said Jakeâ€™s dad, â€œtime to go to another store.â€They were at Target, they all got into the car.  They went to another store, nothing was there.No matter how many stores they went to they saw nothing about space it looked like there was a shortage. When they all got home they were all tired. â€œ Maybe tomorrow, â€œsaid Jakeâ€™s mom, â€œgood night.â€ 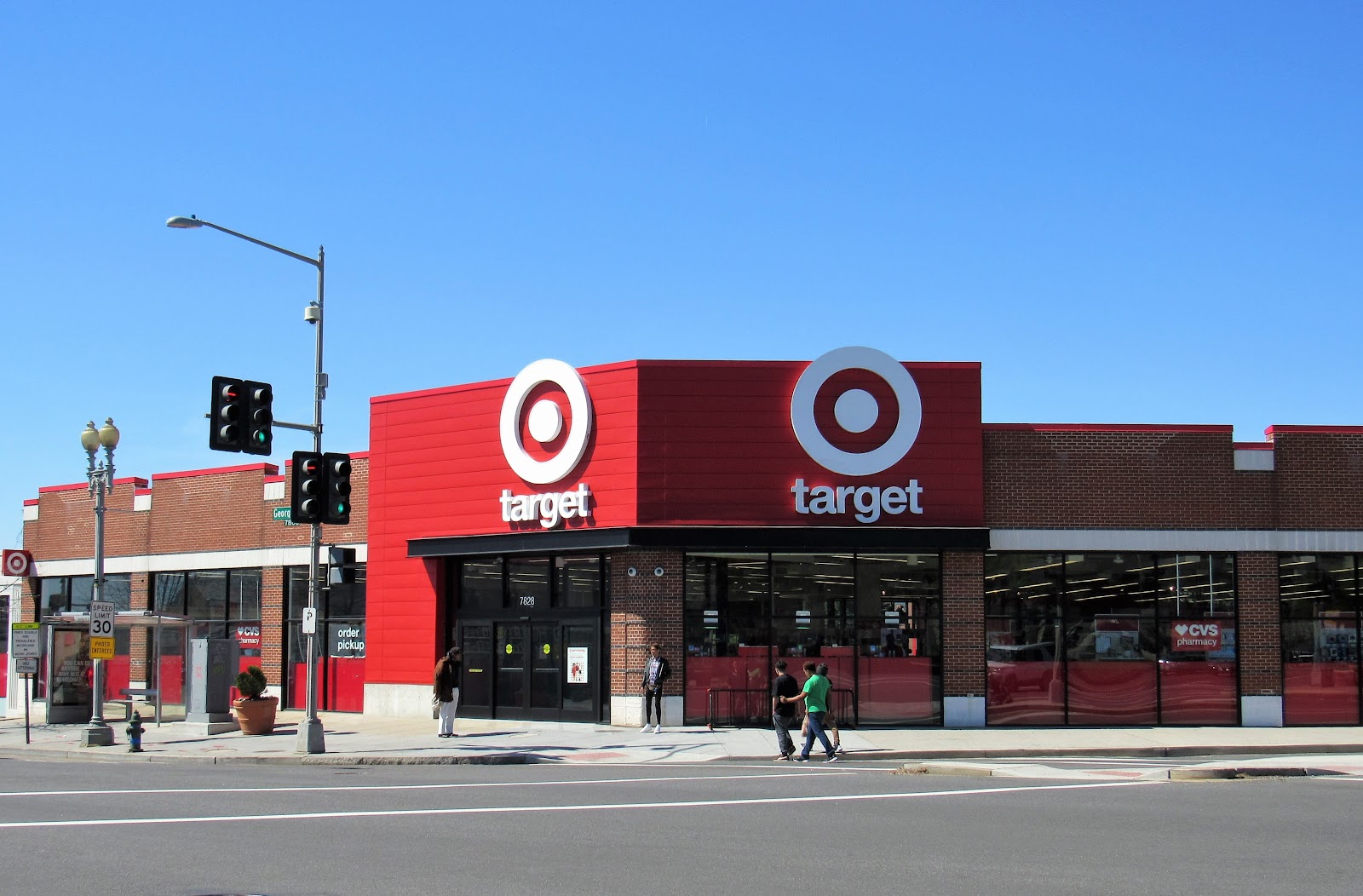 Jake was so tired he did not even read the note. He thought he saw 17 hours instead of 7 hours. And then he ate an orange.

After Jake ate an orange, he said to himself â€œStill has not been 17 hours yet, only 4 hours.â€ Then he saw a person looking at the door. Jake could hear the person saying â€œlooks like a nice house.â€ Then Jake and the person made eye contact and the stranger walked away. Jake said suspiciouslyÂ  â€œwhat a strange man.â€ As he walked up to his bedroom he kept thinking about the man and the note that his parents left. Jake thought â€œWhat a strange man he has just been in this neighborhood for the last 2 weeks.â€ And then he went up to his bedroom and saw the man again looking at him.

Chapter  VIII hide for your life

As Jake thought about the man it woke him up. He turned on the radio said, â€œReporting, reporting some robbers are trying to steal space stuff from everyone if you have any hide it and hide in your house where no one will look, they carry bombs, guns, and other machines to steal what you have. â€ Jake acted immediately he got all of his space stuff out and into the attic of the other attic and then the other attic above that. And the first attic was very hard to find and the attic on top of the first attic was impossible to get to without 50 keys or break titanium. And behind that were all of the keys.â€ â€œHa, ha,â€ thought Jake as he got all of the stuff and put it in the last attic. And just in case the robber got through he put a 20-pound weight on the attic door. So if the robber pulled down the door he would get a 20-pound weight on his head.

The stranger kept walking outside, looking at all of the nice furnishings. Outside the stranger said, â€œLooks like a good place to rob.â€  So the stranger went to the door and it startled Jake so much that it made him pee his pants. Luckily he had a pair of pants left and he put it on. â€œWell, that was embarrassing,â€ said Jake.

Finally, the stranger found the first attic, he pulled down the attic door and in that very second the attic door came down and the twenty-pound weight dropped on him. â€œAhhhhhhhhhhh,â€ he said, â€œsomeone must be up there.â€ he went up and saw no one, the only thing he saw was Jakeâ€™s pee falling from the second attic. But he did not know where the door was.

Meanwhile, Jake heard the crash and he was trying not to laugh. He heard the robber taking footsteps around and around the first attic. Then the robber found the second attic and pulled the door down. Jake thought, â€œIf he finds the last attic I will die.â€ He had this memory of his dad showing him an escape route. â€œSomewhere in the last attic.â€His dad had said. Jake opened his eyes, and right in front of him was the escape route. As fast as a bullet, Jake opened the door and got all of his supplies. And darted through it. â€œWhew,â€ said Jake â€œthat was a close one.â€The robber found the third attic and the robber said â€œwho in the world would have so many attics. Jakeâ€™s escape route was a room. A small room made out of pillows, it looked like a pillow fort. The stranger didn’t seem to notice Jake, The stranger sigh â€œAwww darn,â€ screamed the stranger â€œ Come out, you little brat, I got a twenty-pound weight on my head that smelled like pee!â€.Â

Meanwhile, â€œHello,â€ said the person to who Jakeâ€™s mom and dad were going. â€œH-hello,â€ replied Jakeâ€™s mom. â€œJust what do you wantâ€ screamed Jakeâ€™s dad, â€œWe have driven 6 hours to discuss something not goof around.â€ â€œCalm down Mr.Moi, first â€.The host snapped his fingers and a metal cage banged down on the floor covering Jakeâ€™s parents.

The host laughed and laughed, â€œI’m the person who is going to start a real secret project. And I need answers from you.â€